If you are very young and unless you like old school stuff probably the word newsgroup doesn’t tell you much but this was a simple and effective way to chat on the early Internet until well into the 2000s when the whole network was also known as USENET until its archive was bought by Google. Like BBS groups they are mostly forgotten but they continue to be alive and I wanna make a case in favor of newsgroups.

What is a newsgroup

A newsgroup is basically a discussion board over the internet before and parallel to the web or gopher protocols. It does rely on the e-mail protocol but only superficially. The thing is Bulletin Board Systems were not part of the Internet and were mostly communities on their own right to which people would (literally) call to connect and talk to other people. A newsgroup is all about discussion and it’s organized on the basis of topicality which can be very specific. For instance, if you wanna talk about Ubuntu you’d go to alt.os.linux or comp.os.linux.ubuntu.

Normally there’s somebody moderating the group like a sysop but anyone can chime in without an account. You just need to connect to a Newsgroup server (NNTP) and you’re ready to go. So in a way a newsgroup is like a BBS but over the internet and more public. Even though the protocol was mostly about discussing with text, lately USENET (the network) has had a revival as a filesharing platform for connoisseurs (usually you have to pay for an account to be able to download binaries, we are not gonna focus on that here).

What are newsgroups now? Discussion-wise it’s mostly a museum of the early days of the internet. However, the news protocol still has some use both in SDF and in the Tildes. In SDF you can check most current news hierarchies plus the SDF hierarchy but only while you’re connected to your account. The tildes have a different approach: They use newsgroups as their private forum so connecting to the news server (let’s say news.tildeverse.org) doesn’t give you access to other hierarchies but you can connect to it from the outside. An interesting tradeoff I guess. The main advantage of newsgroups over BBS is the granularity (you can have as many groups as you need if you manage a hierarchy) and the fact that you can save and share what you read there. For instance I asked for some pizza recipes and I liked them so much that I saved them. The SDF would greatly benefit from it.

SDF has a news server (news.sdf.org) to which you can connect directly from your account (you just need to validate the account) and run Tin, Trn or Slrn. The one I found easiest to use has been Tin. Tin is a text based news reader.

Since it’s a pretty common application you don’t have to compile anything unless you want to. If you are using the SDF account all you need to do is type:

The configuration currently is located at /usr/pkg/etc/nntp/server therefore you have a default server to get news. However, if you are not connected to the SDF you might not be able to connect to it.

For instance, if you try using Tin in Ubuntu you’d have to install it first:

And it’ll install Postfix along with it (a mailer software). Without a mailer (MTA) you can’t post in a newsgroup so Ubuntu installs Postfix with Tin.

The installation will also prompt you to set up Postfix. You have to add the domain with which you wanna post stuff. Select “Internet Site” and use a legit domain at your disposal. For instance if you’re on a tilde you’d probably wanna post as @tilde.something. I use sdf.org but I could also use ffuent.es because I own that domain (although it’s not being served from this machine). 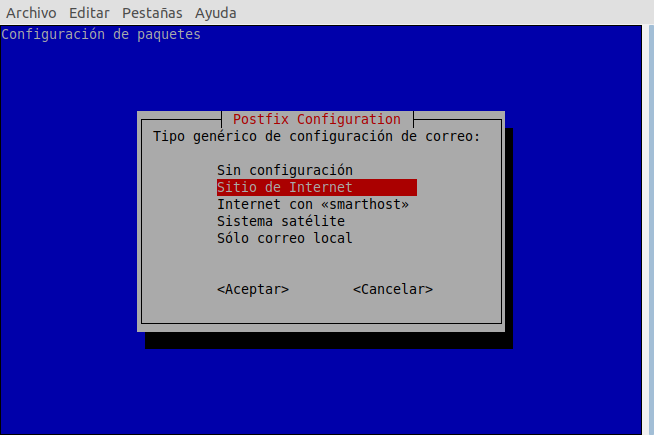 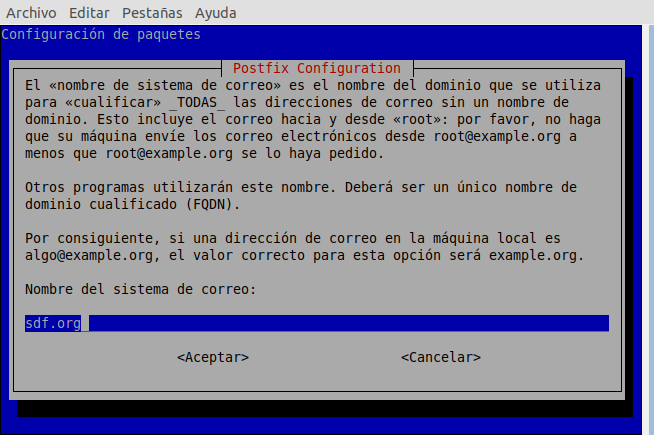 If you think you’ve messed up the initial configuration of postfix just run (in Debian like distros):

To try it again.

Note that while connecting to the newsreader tin will use my hostname (whatever you’ve set, my netbook is called “lubuntu”). Posting as lubuntu@sdf.org wouldn’t make any sense because I don’t own that e-mail account. You can actually overwrite that behavior from your ~/.tin/tinrc setting your mail_address correctly or setting the REPLYTO environment variable (this is all from the NetBSD tutorial) but the first alternative works pretty well.

Now you’re all set. If you have another server (like the tildes have) you should type instead:

That will immediately populate a configuration file at the ~/.tin folder. 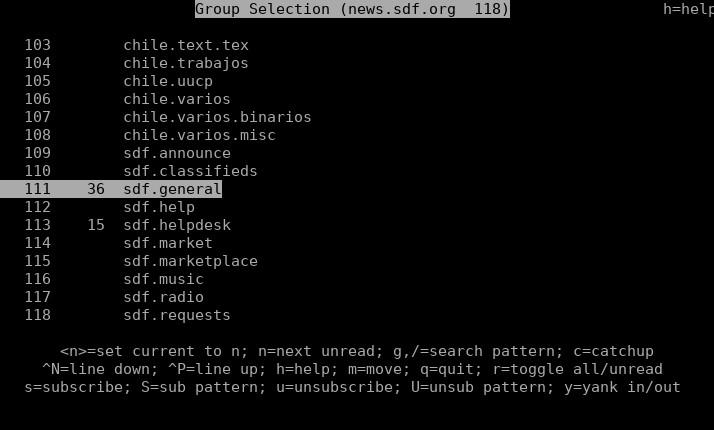 The same happens with “U” for unsubscribe. 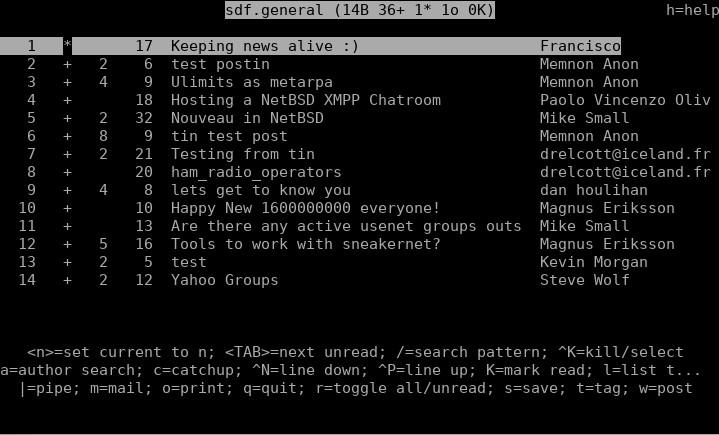 You finally have a list of active newsgroups. Press ENTER to read one group. Select a thread with the arrow keys and press ENTER again to read a post. It’s important to keep in mind that you have to press TAB to follow the thread. Individual posts in a thread are called “articles” and responses are called “followups” (you make one with “f”) and you can save (with “s”) or e-mail (with “m”) an article or a whole thread. To make a brand new post press “w”. 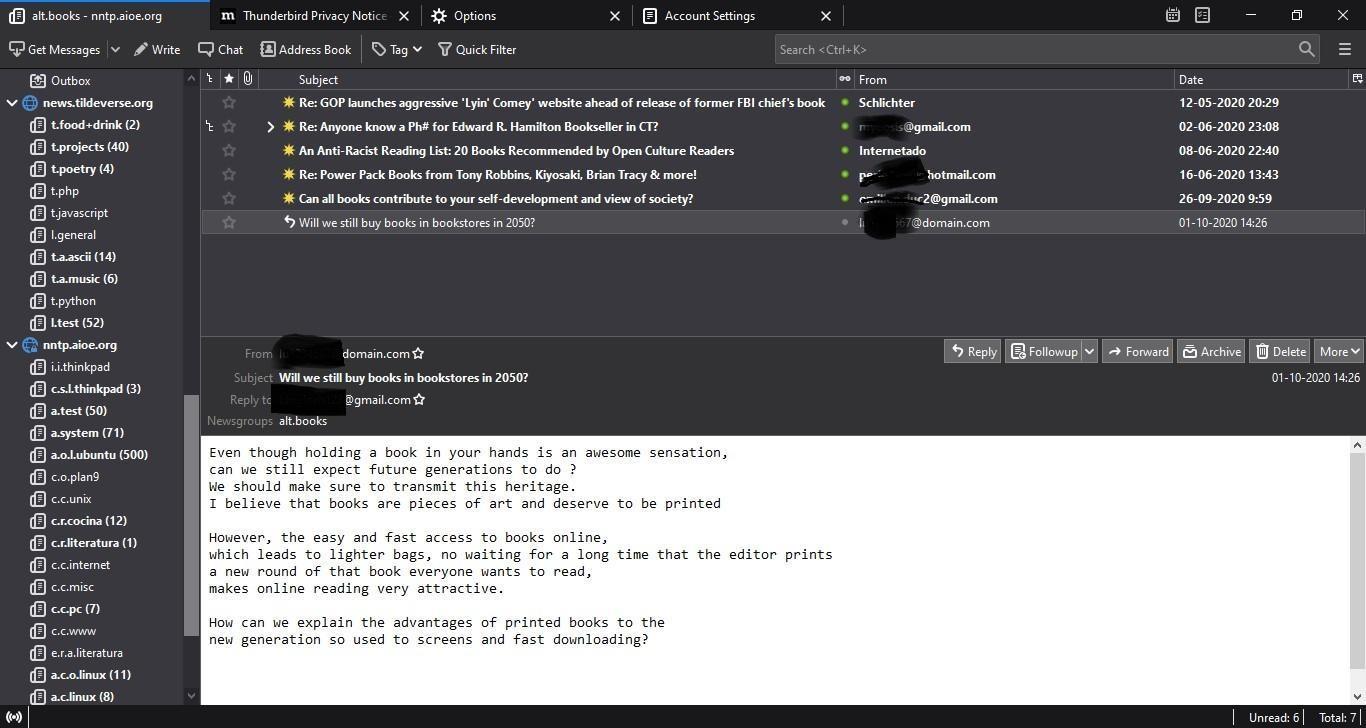 Thunderbird is a great e-mail client but as a hidden feature, you can read news with it too! I’m using the latest version 78. All you need to do is to go to:

Over there all you need to do is following the assistant. Once you do that right click it and select “Subscribe…”. This option won’t work for you with the SDF news server. Only VPN membership allows external access to the news. However, if you don’t care at all about SDF or the Tildeverse you might as well try this little secret.