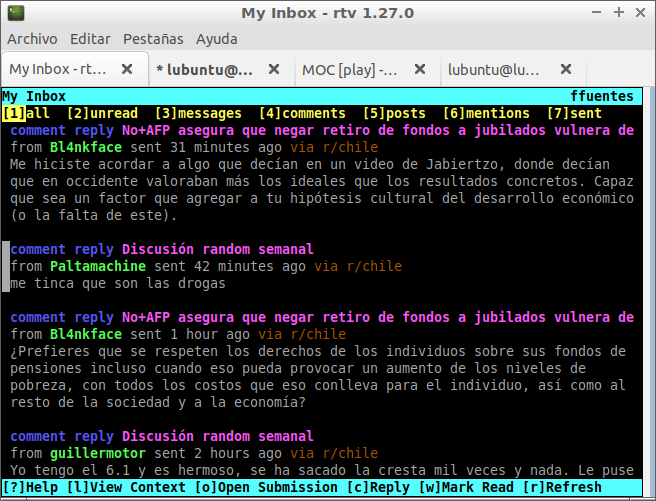 Coming to SDF helped me go back to my geek routes and start exploring the shell again but in a more intense way. If not for the javascript intensive web of today, I probably could do everything I want using the prompt. In a daily basis I use a heavy notebook with Windows 10 as my main computer at home (after phasing out a ten years old desktop with dual boot) but sometimes I feel bad for using it everyday even if I don’t need its power.

On the other side I’ve got a small netbook with a nice keyboard to write but lacking on the processing side (an Intel Atom that only suppports 2GB of RAM). When I bought it it was already on the cheaper end but I ended up liking its small size and its nice keyboard for the price (and the fact that it came with Linux from the start)

So I haven’t been using it for years and I decided now to use it more often when I have not much to do. The biggest issue of that computer is the fact that its processor uses a i386 architecture (32 bits) so in terms of software it’s getting more and more limited. However my requirements for it are small.

Now, what kind of software should I use? I tried to browse the web and realized that beyond the geekiness it’s not really a great idea. You cannot purchase anything or pay debts or log into your bank. Fortunately, Chromium is installed and it works well with three or four tabs.

SO then I thought: “Well, what about the command line?” It’s not that the command line was something strange to me but I never intended to use it seriously. So here there is some alternative software I use to goof around:

It’s surprisingly little what I need to do what I want when I’m not at work coding using a IDE and messing with Excel spreadsheets.

I have to say that as my pictures show, I’m using a graphic environment but I wish it wasn’t necessary, especially for such a little thing!

Would it be possible for someone to actually use a graphic-less system as a daily driver? Any suggestions on cli software I can use?

« The beginning of a story Nationalism: A Question About The Future »